Plant and Grow Your Own Cucumbers

They put the crunch in salads, they’re a low-calorie vegetable for the weight-conscious, and they soothe tired, puffy eyes.

Cucumbers (Cucumis sativus) are one of the few vegetables that can still be sown in December in most areas – their planting window generally stretches from September to December. They are a quick crop too, with those sown at the beginning of this month having their first fruit ready for harvesting by the end of January. That’s good timing because cooling cucumbers are a mainstay of salads in the hotter months.

They are always refreshing, whether mixed with other salad ingredients or eaten on their own with a delicious dressing. They can also be juiced together with celery to produce a cooling drink that helps to normalize the body temperature during dry and hot weather.

Cucumbers belong to the same family as watermelons, zucchinis, pumpkins and other types of squash.

There are two basic types of cucumber: the cucumber that is generally known as the English or Dutch cucumber is long and cylindrical, with a thin edible skin that may be slightly ridged or smooth.

The shorter, fatter ‘Beit Alpha’ or mini cucumber is still popular because of its quick yield. It has a better flavour than the English cucumber but some people like to peel it because the skin is thicker and may have small spines or prickles. It can be pickled to produce gherkins.

Thinner cucumbers generally have fewer seeds than the thicker varieties. 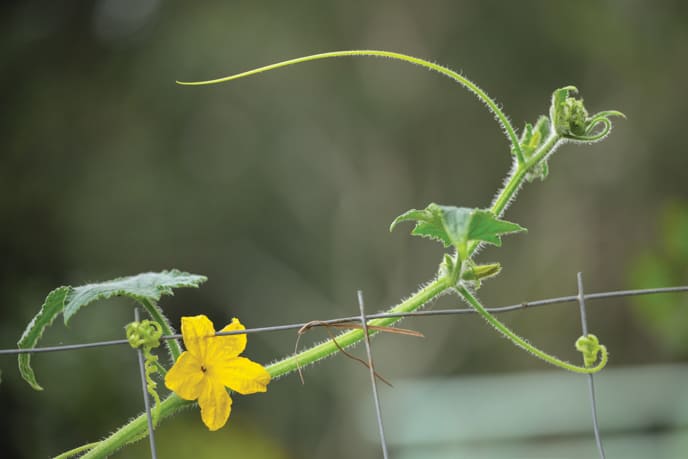 Cucumbers are ‘upwardly mobile’, so they don’t take up too much space in a small garden.

The best way to support them is to make a frame consisting of poles at either end of the bed with additional poles placed by each plant. Wires are extended between the poles so that the growth from each plant can be wound around the wires. You may have to secure the plant initially but don’t make the ties too tight – the tendrils will soon attach themselves to the wire.

Cucumbers can also be grown in pots, and here you will also need to make a frame to support their growth. Just be vigilant with the watering and feeding of pot-grown cucumbers because they don’t like to dry out.

Cucumbers grow best in fertile, moist soil. Add a generous amount of compost to the bed before planting.

It’s best to sow seed directly into the soil rather than in seedling trays because the seedlings are soft, which makes transplanting difficult. The soil should be kept consistently moist during germination; seed should germinate within seven days.

Encourage New Growth on Your Cucumbers

You can either pinch off the growing points when the plants are 60cm high to encourage side shoots, as most of the fruit develops from this growth, or simply allow the side shoots to develop as the plant grows.

Cucumbers produce both male and female flowers on the same plant and are self-pollinating. The male flowers usually appear first, followed by the female flowers, which have a small fruit behind the calyx. The English or Dutch cucumbers tend to produce a greater ratio of female to male flowers.

Cucumbers are not drought tolerant at all and need plenty of water during hot and dry periods. The best form of watering is flood watering so that the leaves don’t get wet (because this makes them susceptible to mildew).

Cucumbers in the ground can be fed with a balanced fertiliser, like 2:3:2, or a liquid fertiliser, two or three times during the growing season.

Watch the leaves and if they become yellow it means the plants are hungry – they quickly recover after feeding. Boost the plant with a liquid feed when the first flowers appear.

Cucumbers in pots should receive a weekly liquid feed.

Pests and Diseases that Could Affect Your Cucumbers

Cucumbers are relatively pest free but can suffer from downy mildew when conditions are humid but cool, while powdery mildew is more prevalent during dry periods.

These diseases can be treated with a broad-spectrum fungicide or a home remedy such as bicarbonate of soda. If using bicarb beware of making the dose too strong and burning the plants. For advice on how to treat pests or for organic suggestions, visit our Plant Doctor section and Inside Information Desk. 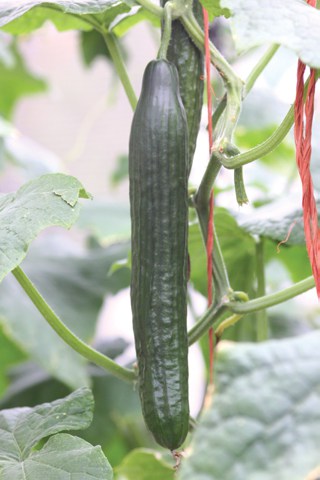 The timing depends on the temperatures and amount of sunlight.

They should be picked as soon as they mature – leaving mature fruit on a plant can cause it to lose its vigour!

Storage of Your Cucumbers

Cucumbers store well in the crisper drawer of a refrigerator.

1 can of chickpeas, drained and rinsed

1 cucumber, peeled, the seeds removed,
and chopped into cubes

1 pomegranate, for the seeds

A squeeze of lemon juice

Mix all the ingredients lightly in a bowl. Serve with fish or as a salad alongside meat.

Thank you to The Gardener and Grow to Eat for sharing this luscious content with us!

To learn more about growing your own herbs, veg and fruit this Summer get your own copy of the Summer 2018 Grow to Eat Magazine… 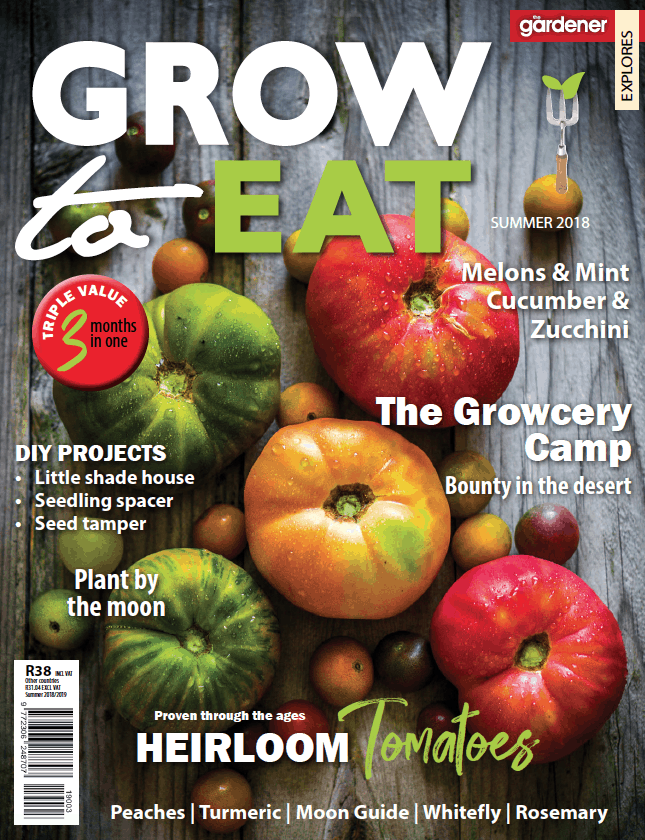 We deliver in the Gauteng area. Please enquire at our inside information desk or with your sales advisor for assistance with delivery.